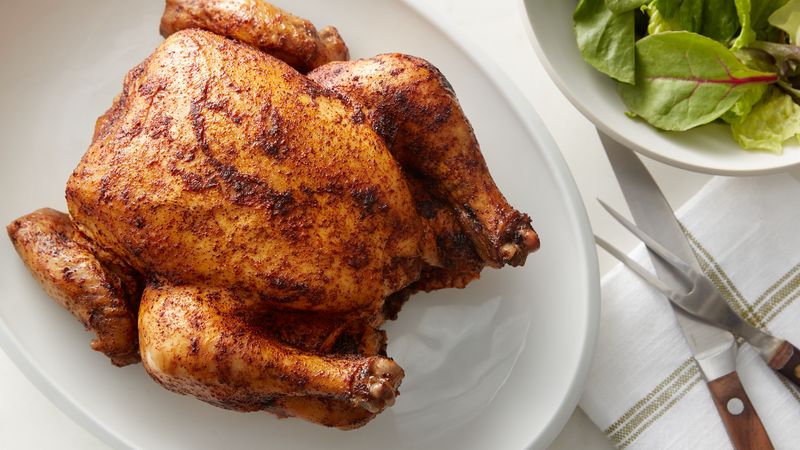 The management of food hygiene in a working kitchen or food preparation area should be based on facts and science. One of the things that some people who take food hygiene training at Level 2 find surprising is that they have been preparing food under some misconceptions in the past.

It is important that the preparation of food is approached in a way that not only meets legal requirements but also ensures it is safe for consumption. Some common foods are also considered particularly high risk and need particular care, so here are 5 common mistakes or myths that people have about food preparation and hygiene:

Green, leafy veg (lettuce, for example) and many other vegetables and salad foods are often eaten without washing. However, this is a potentially hazardous food because there has not been any cooking process to kill the bacteria. Washing will help to get rid of surface contaminants. It is thought that green, leafy vegetables are one of the most common causes of food poisoning.

Under no circumstances should chicken be washed.  Washing does not do anything to reduce the chance of food poisoning. In fact, exactly the opposite is true. People who wash chicken are actually splashing the harmful bacteria around, and this increases the chance of infection. Cooking to the proper temperature, correct storage and hygienic handling will stop campylobacter and salmonella infections. Washing the chicken will potentially spread them.

Just 24 hours is the suggested safe storage for properly chilled rice, according to the Food Standards Agency. Rice, despite being one of the most consumed foods worldwide, is a particularly high risk product because it can contain Bacillus Cerius, which survives as a spore during cooking. Egg fried rice or dishes containing other protein rich sources such as pork are particularly good breeding grounds.

Sniffing food will potentially tell you if it is spoiled or off, but that is all. You cannot tell if food is contaminated by sniffing it because contamination and ‘being off’ are two very different things. Perfectly fresh chicken or unwashed lettuce, as we have already seen, can still contain dangerous bacteria. So, do not trust your nose, trust the use by date.

Firstly, eating rare steak can cause food poisoning. Beef does carry a risk if undercooked, but it is a much lower risk than in chicken and other high risk proteins. Secondly, in the case of beef, most of the contamination is on the outside of the meat. When a steak is cooked, the searing kills the bacteria on the outside. Mincing the raw meat puts the outside all the way through the patty, so a rare burger is not the same thing as a rare steak. Burgers (and preferably steak as well) should be cooked all the way through. During the summer, an undercooked burger that is then left sitting in the hot sun can become a perfect breeding ground for bacteria.

These are just a few of the misconceptions people sometimes have about food handling. Level 2 food hygiene training is a requirement for anyone preparing food for public consumption, and it is sometimes only when you see the contents that you realise how many of these misconceptions you have always just accepted without question.